Dear students, my first question to you is, why do we learn mathematics? I think there are main 3 reasons 1. Calculation 2. Application 3. Inspiration Yes, Inspiration. Knowledge of mathematics inspires you to think creatively in your daily life. So, what you will learn from this course? A better course outline is very important for creating a perfect and amazing course so in this course, we will learn about, · Magical Disappearing Square · Play With Square Numbers Most of the learners are scared about square roots, so after that, we will learn about · Fearless Square Root And then we will know about most significant invention in mathematics is FN and PT · Beauty of Fibonacci Numbers · Art of Pascal’s Triangle After that we will learn about the · Most Beautiful Equation in Math Lastly, we solve most confusing series which is GS · Puzzle of Grandi’s Series So, I hope you will enjoy this course and thank you so much for watching and see you in the next video.

Thank you, my dear learner, for staying with me, during the whole course. I really believe from the bottom of my heart you can learn and enjoy a lot of things from my course, and you can apply this knowledge in your own different sectors. Lastly, I want to say, Mathematics is not just solving for X it’s figuring out WHY.

We look at the cosmos, and we notice patterns and regularities (of course, some are genuine, and others are not). We seek an understanding of these patterns, and to achieve this we create mythology, magic, gods, and spells. The study of patterns, symmetries, and the ways that objects may be regular are what mathematics is fundamentally all about. It explains the motions of the heavens, and the harmonics of music, and it’s just getting started—eventually, it will even map the infinite.

Mathematics is logical because mathematicians have spent centuries finding ways to establish their theories with more precision and certainty, and much of this has been about founding things on top of logic. When pure logic proved insufficient, they attempted logic plus arithmetic and then logic plus set theory. Mathematics feeds precisely what our brain is yearning for if you can grasp it. The more we study it, the more it reveals to us new patterns and symmetries by teaching us how to abstract our thoughts and approach them from fresh perspectives.

Mathematics is magical because we evolved for it to feel magical—but that in itself is almost magical. That’s magical because, in my opinion, it ultimately has to do with how our minds function. It also, of course, activates our brains’ “aha!” problem-solving reward button. However, I don’t believe they fully account for why mathematics is magical; I believe another reason is that it is the study of the same thing that fuels our need for magic.

The major goal of this course is to demonstrate some key mathematical logic that aids students in understanding these concepts at a fundamental level. Additionally, it will use this course to attempt to convey the elegance of mathematics.

A better course outline is very important for creating a perfect and amazing course so in this course, we will learn about, · Magical Disappearing Square · Play With Square Numbers · Fearless Square Root · Beauty of Fibonacci Numbers · Art of Pascal’s Triangle · Most Beautiful Equation in Math · Puzzle of Grandi’s Series 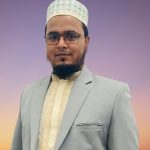 Mr. Md. Mehedi Hasan (M. Hasan) has been working as a Senior Lecturer in Mathematics since May 2016 at Daffodil International University, Bangladesh. He achieved M. Phil degree in Applied…