The Android software development kit (SDK) includes a comprehensive set of development tools. The Android SDK Platform Tools are a separately downloadable subset of the full SDK, consisting of command-line tools such as adb and fastboot. The Android Debug Bridge (ADB) is a tool to run commands on a connected Android device.

Most of us have developed voracious appetites for new information, what with the Internet being such an important part of our lives. Our attention spans too are shorter than ever, so building Android applications whose content is static can be a bad idea. Instead, you should consider building applications that can display fresh content every time the user opens them.  That might sound hard, but with more and more websites exposing their resources through REST APIs, it’s actually quite easy. (See our Beginner’s Guide to HTTP and REST for a primer.) 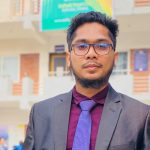