When an FIR will be filed ? Who can file an FIR? What Particulars Must needs to be included in FIR?
00:2:36

What the police will do after filing an FIR? What to do if an FIR is filed against you?
00:2:25

In Bangladesh, a criminal case can be filed in a three-way, such as-

FIR stands for First Information Report. First Information of a Cognizable offense is given by a person who is an eyewitness or well aware of the offense and that information is presented before the police station as an application to take necessary legal action. When an FIR is lodged, a police officer starts investigating the matter.

GD means General Diary, which is used as a register to record 24 hours incidents that are happening or are likely to happen, within the jurisdiction of the police station on a daily basis, and if any incident has taken place or is likely to take place then any person can file an application for GD entry.

A complaint is a charge that sets forth sufficient facts that, with reasonable inferences, allow a person to reasonably conclude that a crime was probably committed A complaint may relate to a cognizable or non-cognizable offense. when a complaint is filed no investigation is done by the police officer until directed by the competent authority.

The detailed discussion of FIR, GD, and Complaint are mentioned in the Code of Criminal Procedure, 1898.

Visiting a Police station is probably one of the most uncomfortable tasks for anyone. Considering the present law and order situation, if citizens are well-informed about the law, the chance of them being harassed by authoritative bodies significantly decreases. This course is an effort to inform you about General Diary (GD), FIR, and Complaint. 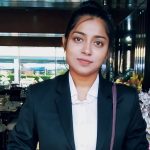